An appreciation for the production and presentation of graphic artwork unlocks the holistic design process.

With the ability to read and write code in an assortment of languages from Fortran to JavaScript, from C to Swift; Jonnie handcrafted this website's UX in HTML, CSS, and JavaScript.

Having an understanding of the code underlying the presentation of a website, app, or document allows for serendipity during the prototype-to-production transition.

Whether your document lives in the digital realm and gets delivered from out of the cloud or it's printed and bound by vendors down the hall or on the other side of the world, you need it delivered in a format that's readable by both machines and humans.

Jonnie understands how the organization of a document is as important in communicating its message as the words and images it uses to evoke meaning and inspire action.

Stringing together words out of a thesaurus can occasionally produce something that sounds impressive, but only when the writer has a feel for idiom and rhythm will the chosen words connect with an audience.

How often does text need to be expanded to fill space, or cut to save it? Jonnie makes it fit.

With the experience recording and editing everything from interviews to scripted acting, Jonnie delivers a product you can appreciate on AirPods as well as your living room sound bar.

Having an understanding of audio production helps make for better motion animation and video production. Every "whizz" needs a "bang".

From motion animation to rotoscoping, title design and editing, to shooting on location, Jonnie has your video production needs covered.

Having directed numerous videos from start to finish, Jonnie can jump in at any step along the way and hit the ground running.

“A digital pen never runs out of ink. Or paper.” 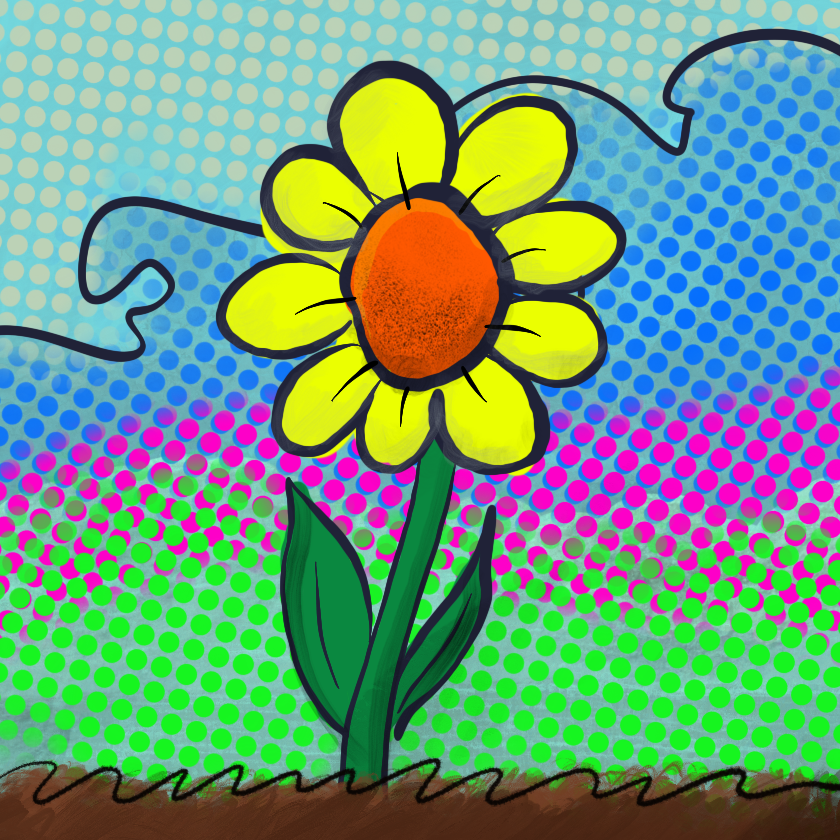 The custom image for Jonnie’s credit card. “Is that one of ours?” asked the banker. 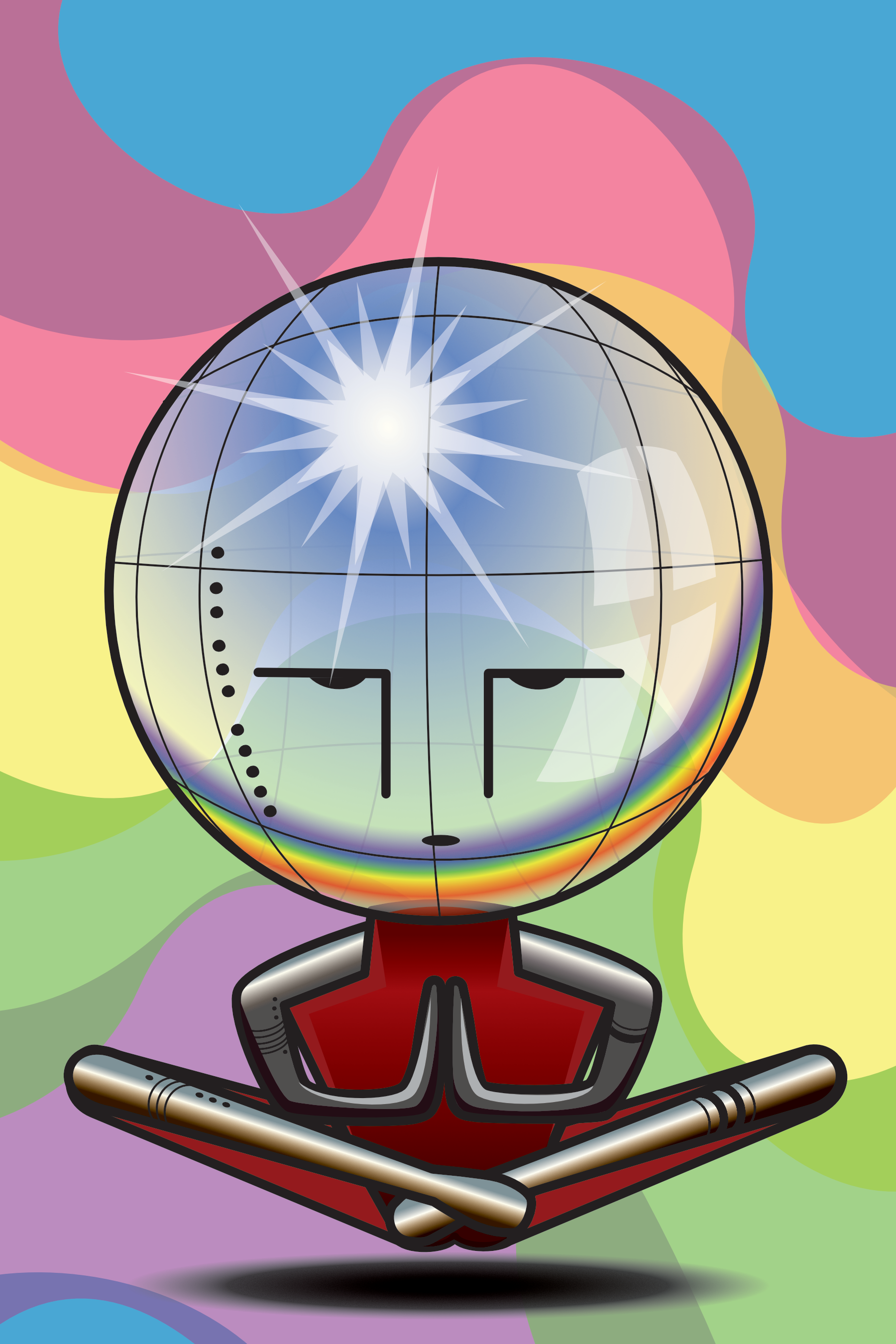 Jonnie produces amazing graphics with digital pens, bezier curves, and happy thoughts. This is the cover for an upcoming issue of Floating.point magazine. 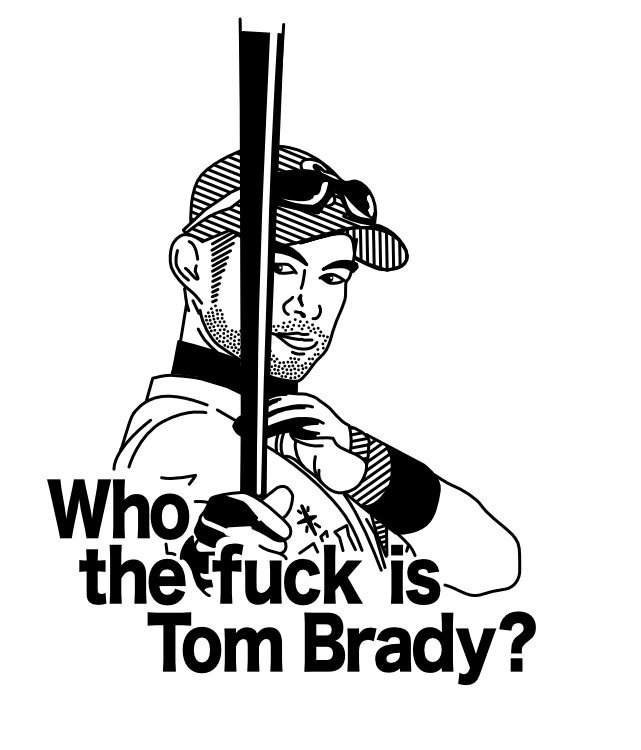 Someone on Reddit asked for an image of Ichiro with this caption when the story broke that Ichiro asked who Tom Brady was after he was cold-texted by Mr. Brady, asking Ichiro to share some training tips. Jonnie created the image and provided the file as a PDF so it could be printed on a t-shirt and hopes to see it out in the wild someday. 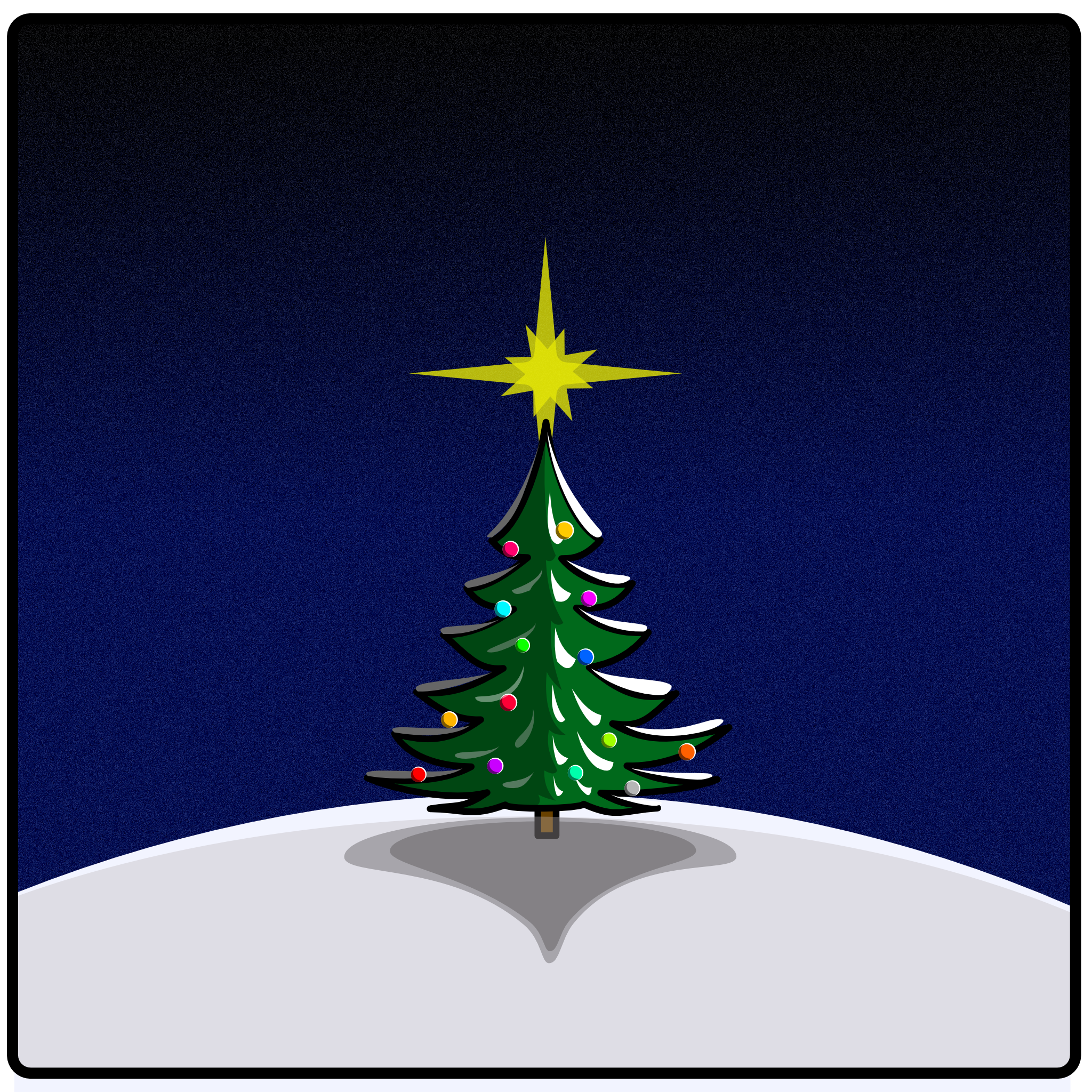 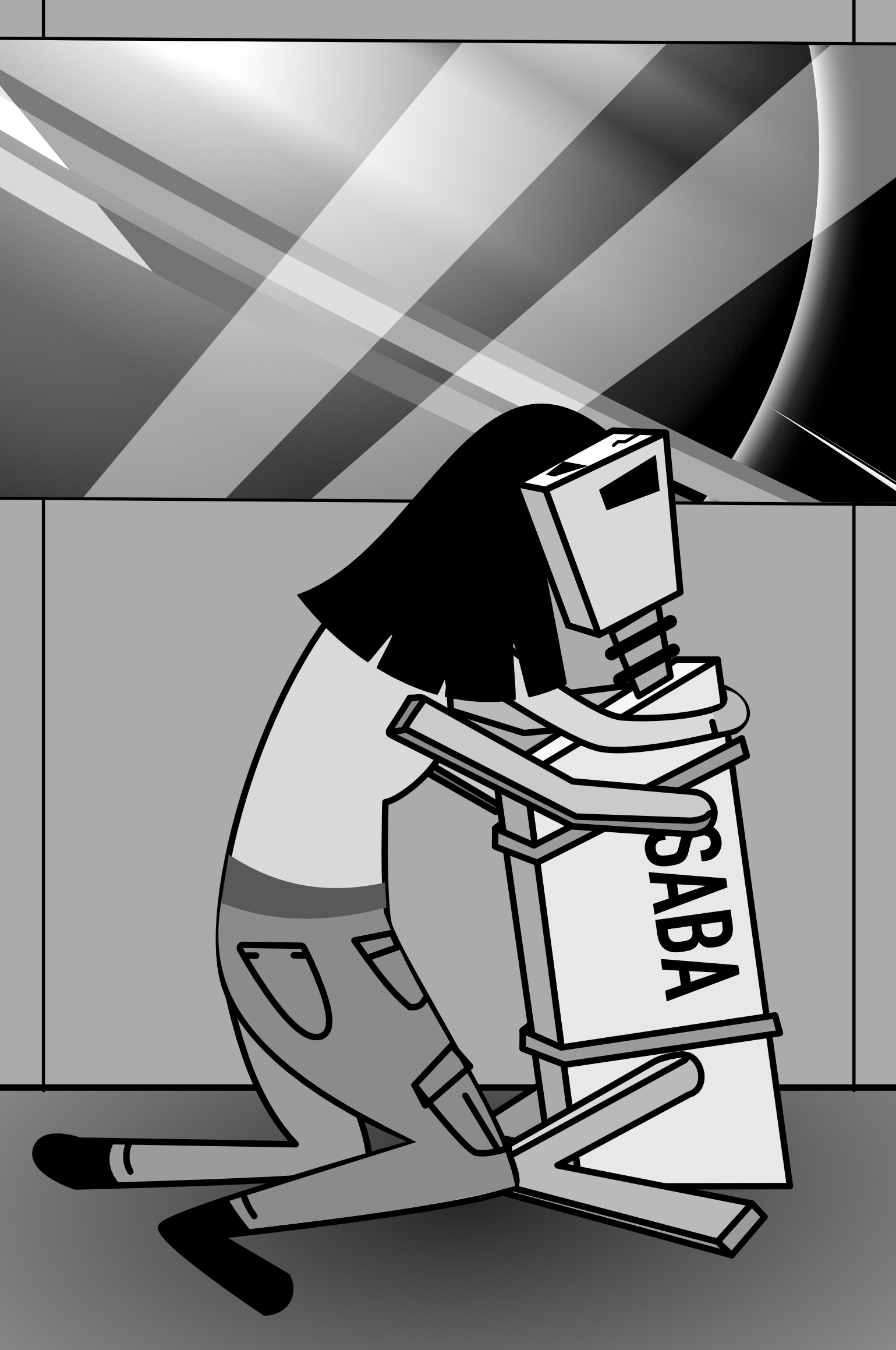 From the comic, “No Analogue in Space” by Jonnie Wilder which appeared in issue 0x01 of Floating.point magazine. The comic follows the adventure of a scientist — stranded beneath the ice of Saturn’s moon Enceladus — and a robot suffering from dementia who will go to any lengths to rescue them both. 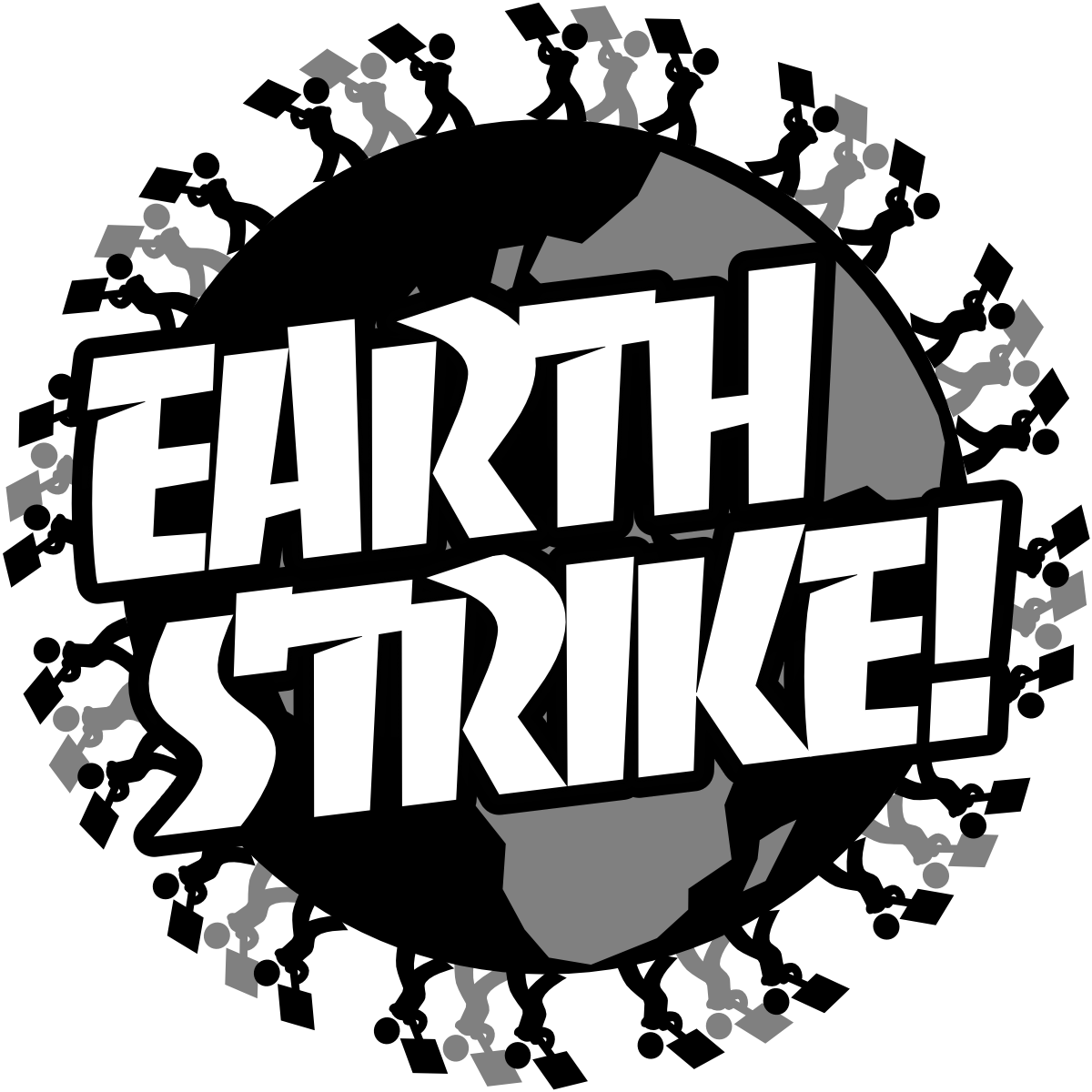 Submission for Earth Strike logo contest. Evoking the image of everyone, around the world, on strike to address climate change. Showcasing the art in issue #2 of Floating.point magazine, Jonnie put together this poster.

This wasn't digital social media, no, it’s the old school kind. We pasted it up on poles around downtown Seattle. The code for this website is also available on Jonnie’s GitHub repository.

“It is entirely appropriate to judge a book by its cover. That’s what covers are for.” 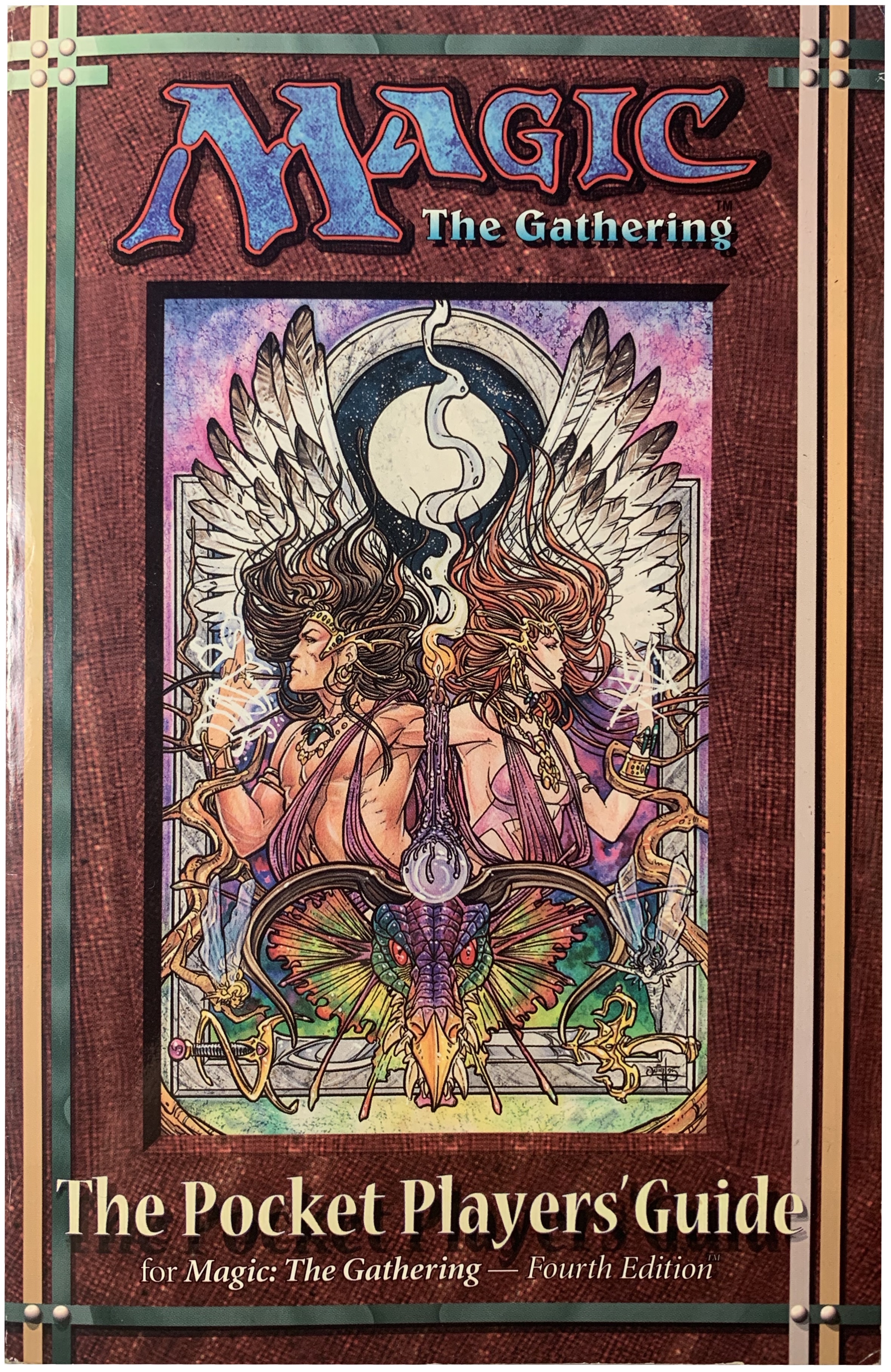 Jonnie laid out and typeset, assistant art directed, and designed the front and back covers for the fourth edition Magic: The Gathering Pocket Player’s Guide.

The project involved working with the artists to deliver top-quality interior and exterior illustrations, to work with editorial department to proofread and index the book during production, and finally to deliver the completed digital files to the printer and shepherd them through the proofing process. 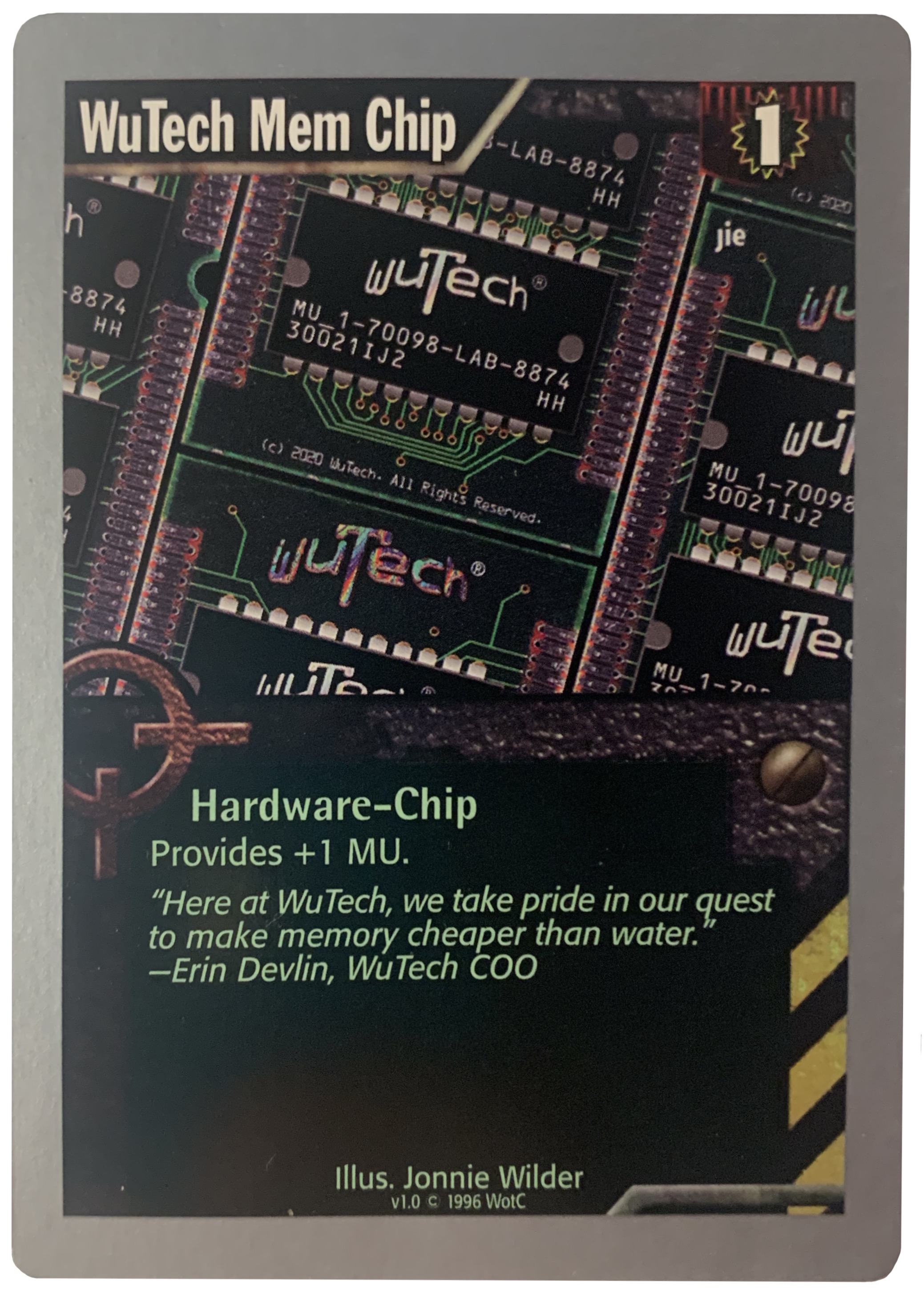 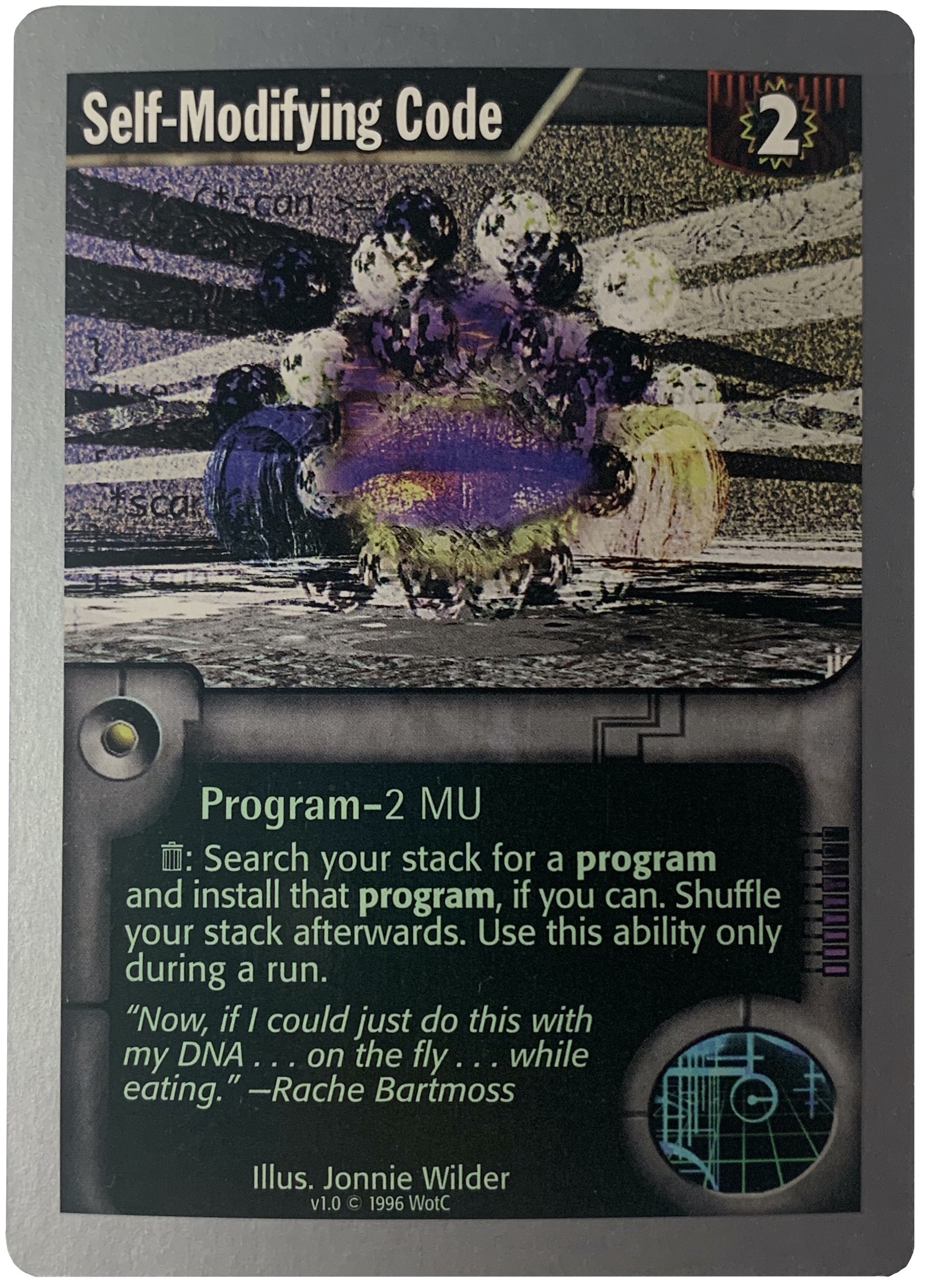 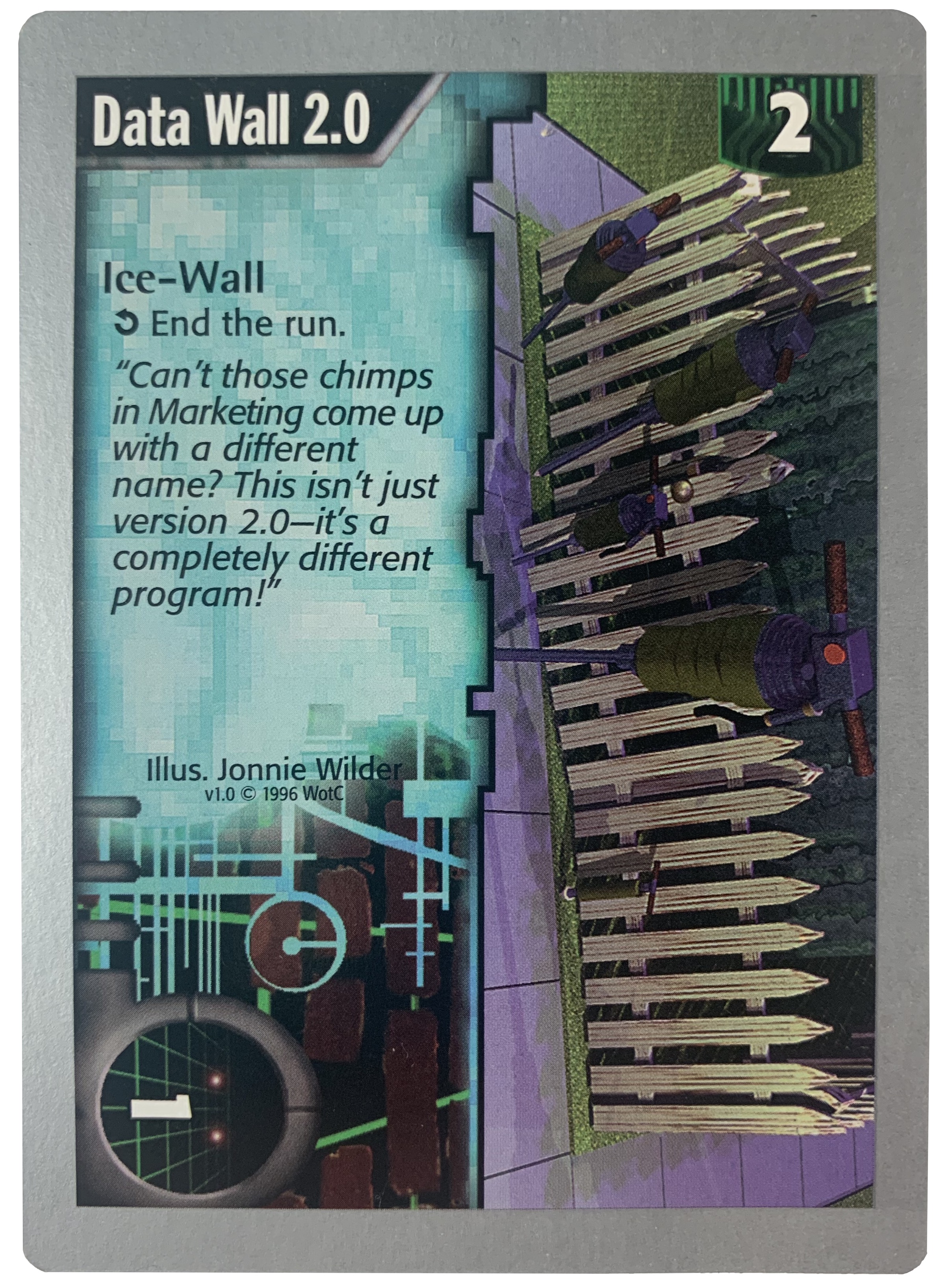 Netrunner was Wizards of the Coasts’ third major collectible card game, based on R. Talsorian Games’ Cyberpunk 2020 license and their first to make use of asymmetric rules.

Jonnie produced the cards from designs by Christopher Rush, inserted artwork by each artist, and created dingbat fonts and a production process to quickly produce beta testing cards in response to game design input and iteration by game designers, editors, and the art director. Once the final cards were sent to the printer, the process could be handed over to the internationalization team for quick and seamless translation into multiple languages. This process set the standard for producing WotC's future collectible card games going forward.

Additionally, Jonnie produced mixed 3D/2D card artwork for ten different cards in the set and for the expansion set, "Proteus". 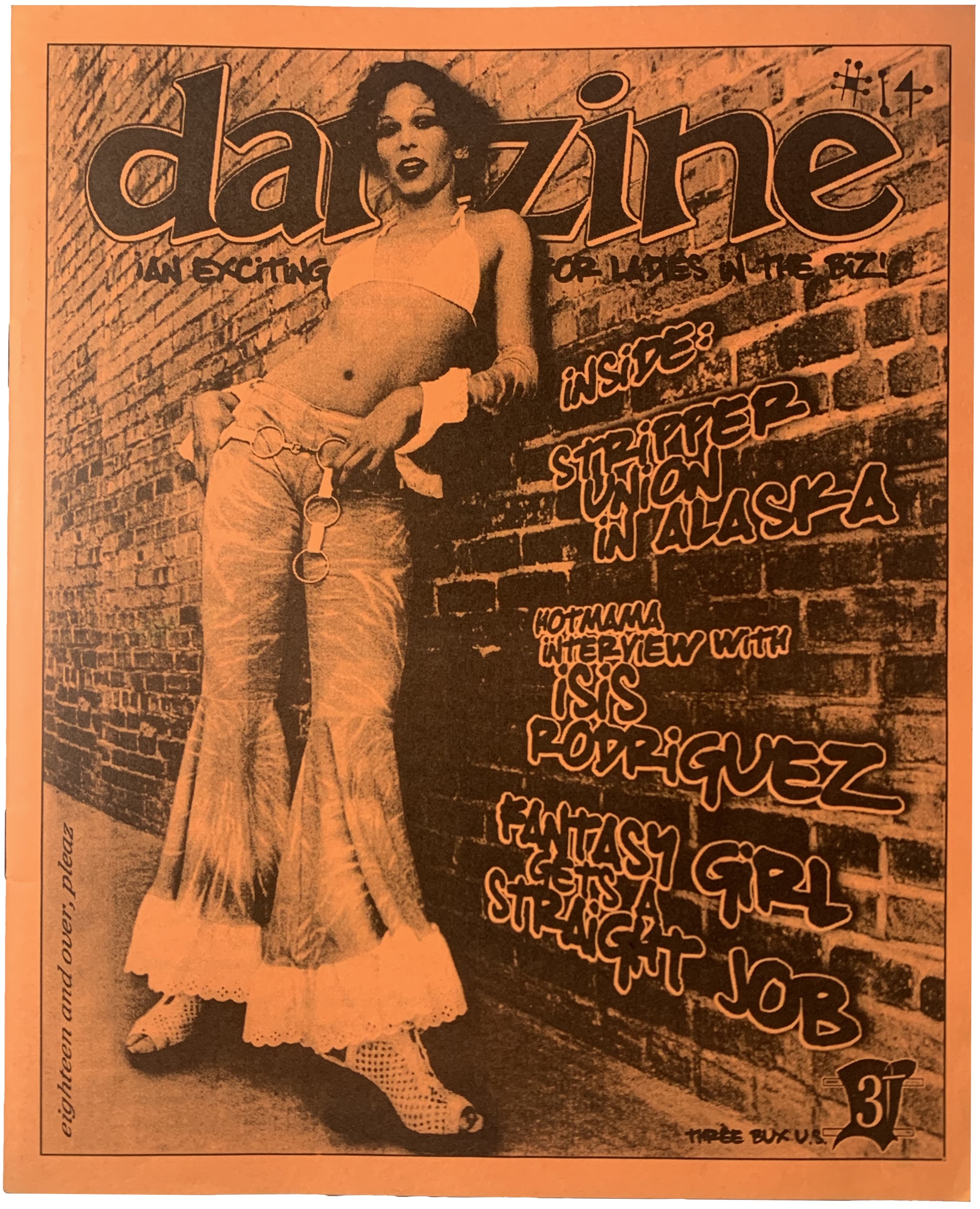 Danzine was a Portland, Oregon non-profit ’zine packed with information for sex workers, by sex workers.

Jonnie contributed design and production, illustrations and writing in addition to attending policy meetings for the organization.

Floating.point magazine is a publication delivered both in print and digitally, containing art and literature by contributors from Seattle and the Pacific Northwest. The print version is designed to Kindle Direct Publishing’s specifications for print-on-demand publications. The PDF is rendered and uploaded, then analyzed by their software. When errors occur, Jonnie can track down the solution and make the required changes quickly and efficiently.

After rendering the print file, Jonnie shifts the margins to remove the book-binding gutter and adds some material that offers readers the opportunity to purchase the printed product.

The Onion started as a weekly college newspaper distributed on the University of Wisconsin–Madison campus in Madison, Wisconsin in 1988.

Jonnie was the paper’s first production manager, as well as a contributing writer and illustrator, starting around the third issue, and was credited for their work in the staff box and subsequent books as “Jonathan Hart Eddy, Layout Technology Thaumaturgist”. Along with Scott Dikkers and Pete Heise, Jonnie purchased the rights to the business from the original founders and grew the business for a year before leaving to work at Iron Crown Enterprises in Charlottesville, Virginia and a year after that, to cofound The Stranger in Seattle Washington. Jonnie completed sale of their share of the business to Scott and Pete in 1991.

After leaving The Onion, many of us made plans to start again in a new city. We tried to replicate the same model of the weekly college newspaper in Seattle, Washington and focused our distribution efforts on the University District. The Stranger quickly branched out to include Capitol Hill: the gay neighborhood, and Belltown: home of the growing Seattle punk rock music scene in the early ’90s. As we branched out, so too did our editorial and art direction.

Jonnie was an art director, production manager, and partner at The Stranger. In addition to building finance and IT infrastructure, they also contributed illustrations and writing; either uncredited, as "Jonathan Hart Eddy", or as “Tony Ramirez”. 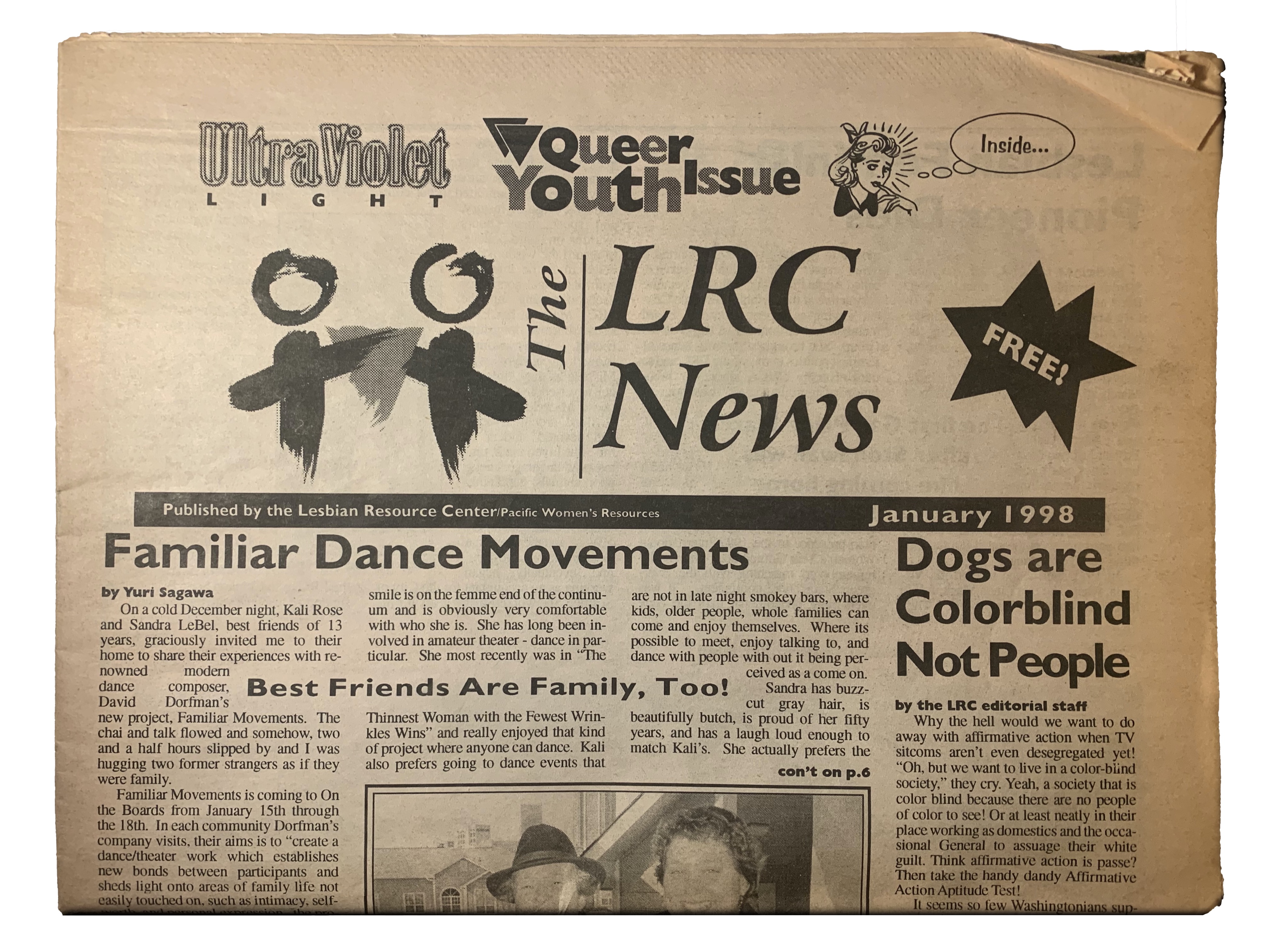 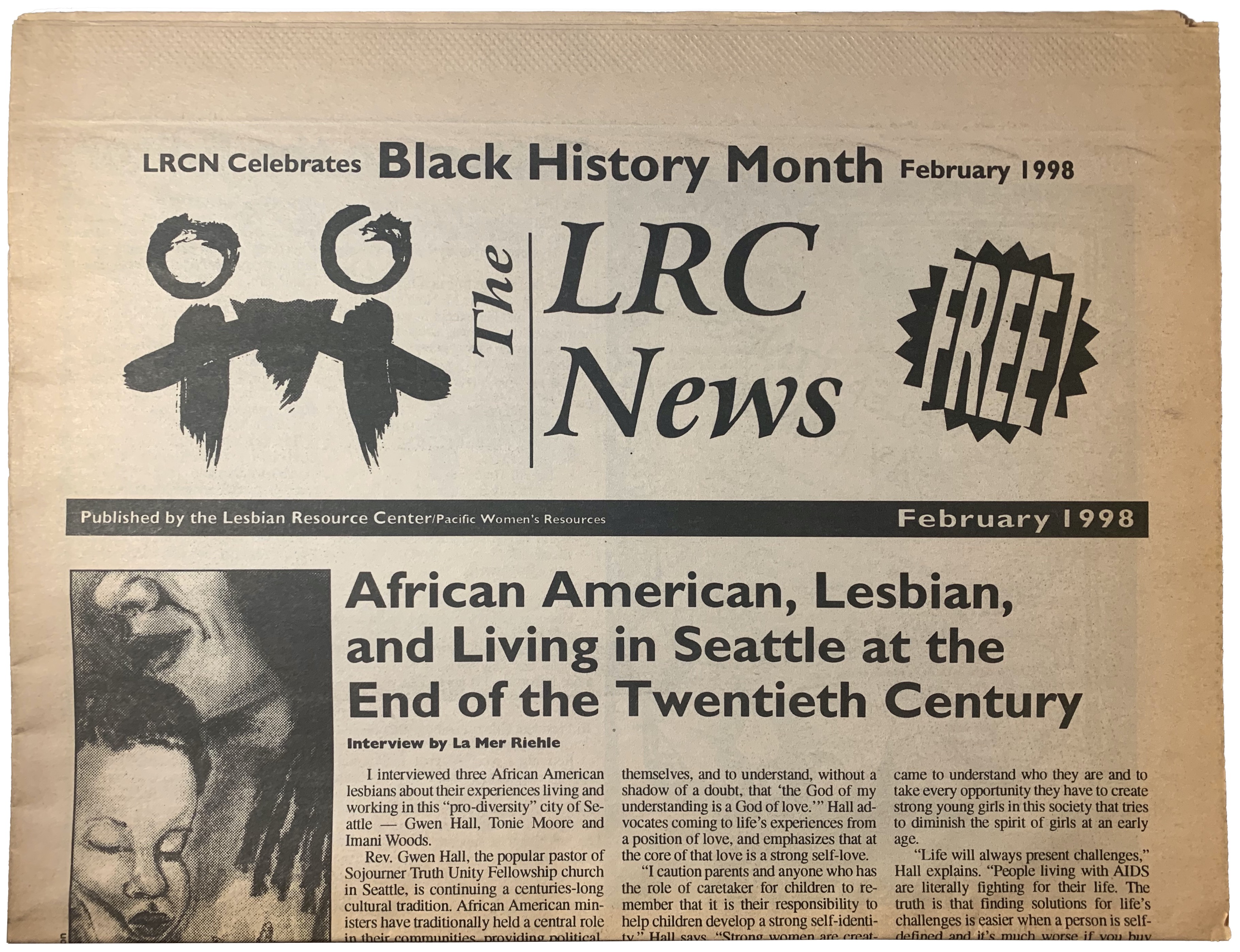 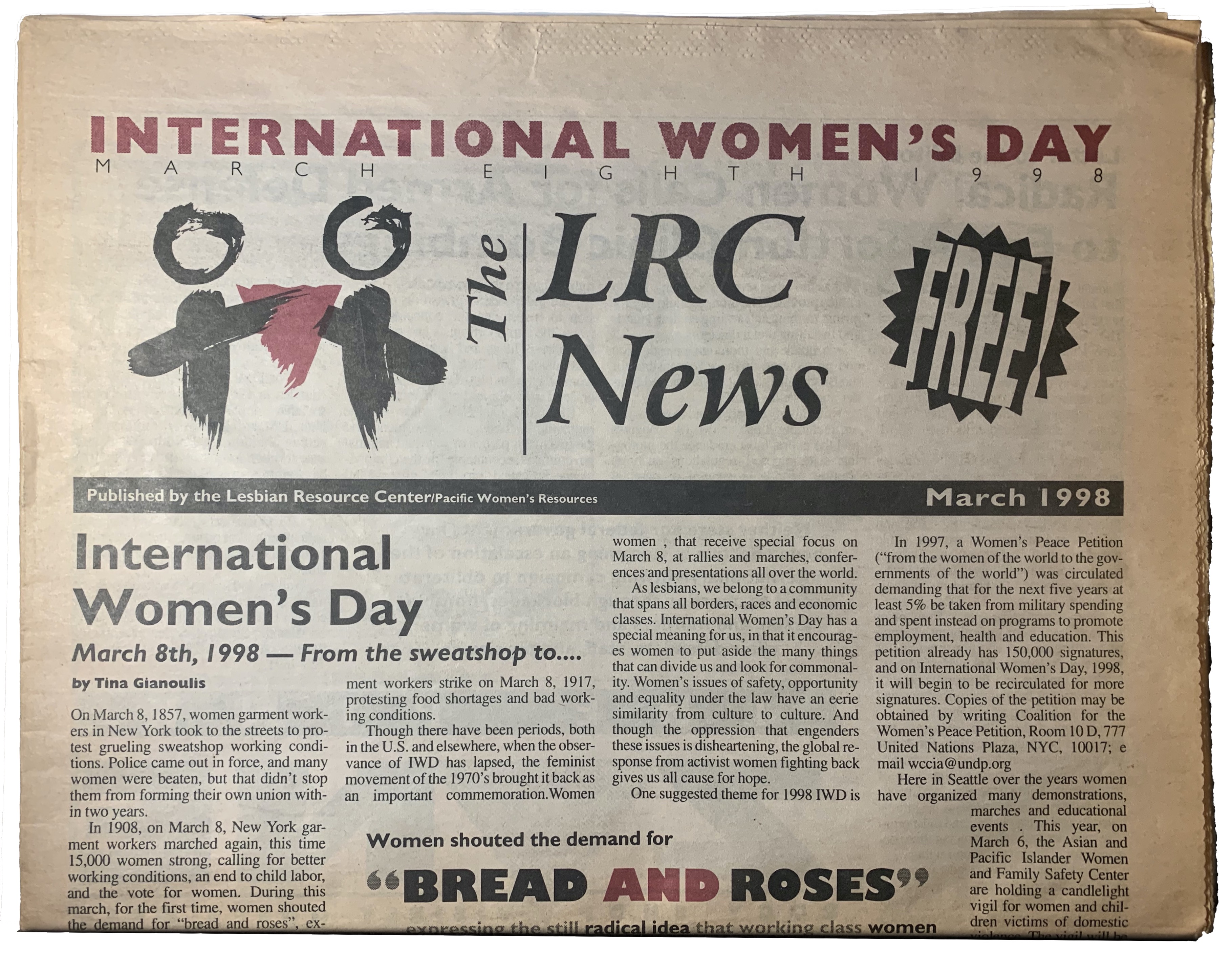 Jonnie volunteered at the Lesbian Resource Center typesetting the LRC News and contributing illustrations during early 1998 for editor Yuri Sagawa.

“Beautiful writing is the composition of lies so they resonate in the heart as honest truth.”

Over the course of three months we produced scripts and recorded interviews with guests. Jonnie took the audio recordings and edited them together in Logic Pro X, adding narration by Sarah and music recorded on the Impact Hub's donated piano (played by Natalia Fandel) to put together an audio journey that’s reminiscent of the weekly tour given of the Impact Hub Seattle campus.

Each episode focuses on one of the stakeholders involved in the founding, funding, and functioning of the community. From the individual trajectories that brought the of the initial investors together to the story of the four-generations of Masins who lease the Masins Furniture building, “HubCast” walks the listener through the halls that house a mobile coffee cart company, an art machine for social change, an accelerator for fledgling conscious companies, and a maker space for educators, designers, engineers, and artists.

“If the media is the message, then video is a swindle and we’re all suckers.”

Five-second aimation of static HERO House NW logo. Evoking the building of the clubhouse on the values of Hope, Empowerment, Relationships, and Opportunity.

Two-second aimation of static Seattle Clubhouse logo. Evoking the friendliness and welcome from the two characters under the protective shelter provided by community.

This was a fun rotoscoping challenge in Final Cut Pro X. Jonnie shot the video, added a mask to the peanut butter jar, put together the script, and added the titles and sound. In that order.

Jonnie worked with Sarah Studer and Natalia Fandel of Impact Hub Seattle to produce a talkshow-style series of videos highlighting the weekly-goings-on at their co-working space for social enterprises, non-profits, and community organizations.

Over the course of two months, we produced eight conversational interview videos starring the members of the Impact Hub Seattle community.

On-location shoots include the top of the Smith Tower, Waterfall Garden Park, and various locations within the Masin Furniture building and the adjoining buildings on Impact Hub Seattle's campus.